Censinet Board of Healthcare Advisors 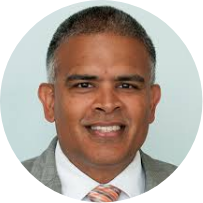 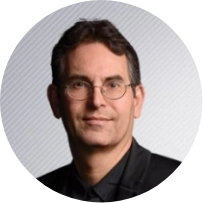 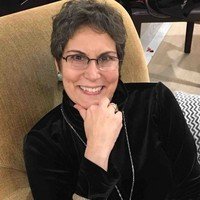 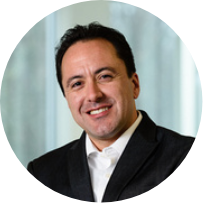 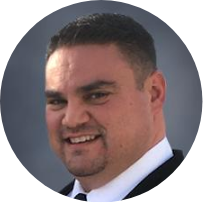 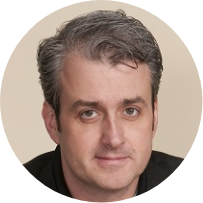 Jigar Kadakia is the Chief Information Security and Privacy Officer for Partners HealthCare. He has more than 17 years of information security experience across multiple industries, with a focus on health care delivery. Kadakia has spoken at many security and privacy forums/roundtables/conferences, and is a leader in the health care information security and privacy space. He has a Bachelor of Science degree in Chemical Engineering from the University of Cincinnati and a Master in Business Administration from Xavier University. He is CISSP, CIPP and HITRUST Certified. He is also certified in Risk and Information System Controls.

John D. Halamka, MD, MS, is the International Healthcare Innovation Professor at Harvard Medical School, Chief Information Officer of the Beth Israel Deaconess System, and a practicing emergency physician. He strives to improve healthcare quality, safety, and efficiency for patients, providers, and payers throughout the world using information technology. He has written 12 books, several hundred articles, and the popular Geekdoctor blog. He is also an organic farmer in Sherborn, Massachusetts, overseeing 70 acres of agriculture, animals, and cider/mead making.

Previously she was Senior Vice President of Technology at SRG Technology, a multi-vertical company with expertise in K-12 education, Healthcare, and Travel and Tourism. From 2012-2015 she was a Senior Research Director with The Advisory Board’s Information Technology Strategy Council. The Advisory Board Company is a DC-based global research, technology, and consulting firm. Meg advised healthcare IT leaders on a broad array of strategic topics with a specific research focus in BI and Analytics.

From 2009 to 2015 she served on the Massachusetts Healthcare IT Council. She was appointed by a Governor Deval Patrick. From 1997 to 2012, she was the Vice President and Chief Information Officer for Boston Medical Center, the teaching affiliate of Boston University School of Medicine. She joined BMC immediately following its creation from a merger of Boston City Hospital and University Hospital and led the IT transformation to a unified architecture and application portfolio.

From 1980 to 1988 she held numerous positions of increasing responsibility in the Group Health Claims and Actuarial departments of The New England. She was appointed to the position of Assistant Vice President of Group Insurance IT Support in 1985.

Meg holds a BA from Wheaton College (MA) and an MPH from Boston University.

Aaron Miri is the chief information officer for The University of Texas at Austin, Dell Medical School and UT Health Austin. He brings more than a decade of health care experience driving growth and innovation, leading both provider and commercial health care enterprises and providing thought leadership and close collaboration with state and federal representatives. As CIO, Miri is passionate about humanizing technology by collaborating with clinicians, technology partners and business champions to truly transform health care delivery for consumers, patients and providers.

In 2018, Miri was congressionally appointed by Senator Chuck Schumer to the Health and Human Services (HHS), federal Health IT Advisory Committee, established under the 21st Century Cures Act. He was federally appointed by HHS Secretary Sylvia Burwell to serve on the HHS Health IT Policy Committee established under the American Recovery and Reinvestment Act of 2009. Miri is the prior chair of the Health Care Information and Management Systems Society (HIMSS) National Public Policy Committee and serves as an expert adviser to the United States Senate Committee on Health, Education, Labor and Pensions and to other congressional panels engaged in numerous Health IT policy topics.

Miri brings a deep understanding of how to leverage digital health and the latest technology to accelerate health care delivery across the continuum of care.

Prior to joining UT, Miri served as the chief information officer for Imprivata, the health care IT security leader, where he helped to build and transform a global commercial enterprise focused on health care cyber security. Prior to Imprivata, he was the chief information officer for Walnut Hill Medical Center, lauded by Forbes Magazine as the hospital that Steve Jobs would have built. Miri has successfully led organizations that achieved the HIMSS Nicholas E. Davies Award, HIMSS Level six and HIMSS Level seven EMRAM status, HITRUST CSF designation and led the first provider organization to receive the SECURETexas Health Information Privacy and Security certification awarded through the Texas Health Services Authority.

Miri received his Master of Business Administration, with honors, from the University of Dallas and his Bachelor of Science in management information systems from the University of Texas at Arlington. He is a certified health care chief information officer through the College of Health Care Information Management Executives, a distinguished fellow with the Health Information Management Systems Society and he is a project management professional with the Project Management Institute. Miri was previously recognized as a 2015 and 2016 CIOs to Know by Beckers Hospital Review and was honored with the 2016 Computerworld Premier 100 Technology Leaders award and 2017 Texas Health IT Leadership Award.

Chris joined VMware in October, 2015, and helps healthcare clients achieve their strategic outcomes through the implementation of VMware solutions. Prior to VMware, Chris was the Chief Information Security Officer for Care New England Health System located in Providence, RI, where his role was providing security and technology leadership and enabling positive business outcomes for the organization and its partners. He has also worked in security leadership roles at Lifespan Corporation, Century Bank, the Massachusetts Institute of Technology and he served in the United States Marine Corps. Chris is also a professor at Providence College in their school of business, where he provides instruction to graduate students on the management of technology and operations and service management.

Joe Petro is the Executive Vice President and Chief Technology Officer for the Healthcare division where he leads a large global team on research and development of the entire Nuance Healthcare product portfolio, and collaborates with clients to bring solutions to market. Prior to Nuance, Joe was the senior vice president of product development at Eclipsys Corporation, a major player in the electronic health record (EHR) and clinical provider order entry (CPOE) space. While at Eclipsys, Joe served on the executive staff where he was responsible for the development of more than 30 products from ADT, Departmental, Inpatient, Ancillaries, Patient Financial Management and Outpatient solutions. He earned an M.S. in Mechanical Engineering from Kettering and a B.S. in Mechanical Engineering from University of New Hampshire, graduating both with Summa Cum Laude accolades.